Can there be humanism only based on human autonomy? A moral and philosophical point of view without heteronomy? Autonomy means one who gives himself his one law. “In moral and political philosophy, autonomy is often used as the basis for determining moral responsibility for one’s actions.”1 Heteronomy means the law given to us from outside “A term applied by (the German philosopher Immanuel) Kant to those laws which are imposed on us from without, or the violence done to us by our passions, wants, or desires.”2  About.com defines: “The concept of autonomy is important in the philosophy of actions, especially moral actions. When an agent (one who acts) acts autonomously, it is because they act based upon internal drives, desires and values. On the other hand, when one acts heteronomously, he or she acts based upon external forces and obligations. The word itself is derived from the Greek terms for “self” (auto) and law”(nomos).3 Britannica encyclopedia online describes the theologian and philosopher Paul Tillich who spent many pages on the theme autonomy and heteronomy. “It appears as a major theme in his theological work: the relation of heteronomy to autonomy and their possible synthesis in theonomy. Heteronomy (alien rule) is the cultural and spiritual condition when traditional norms and values become rigid, external demands threatening to destroy individual freedom. Autonomy (self-rule) is the inevitable and justified revolt against such oppression, which nevertheless entails the temptation to reject all norms and values. Theonomy (divine rule) envisions a situation in which norms and values express the convictions and commitments of free individuals in a free society. These three conditions Tillich saw as the basic dynamisms of both personal and social life.4

Tillich describes a third point of view: theonomy. So also God can get a place in this position. Atheists will not accept this possibility. For them God is not necessary to explicate a moral position and act following this. But are they completely autonomous? Is there freedom also autonomous? I don’t think so. Every other individual is also autonomous in this view, so we have to handle it to live together and share the same room on this earth. Freedom means to talk with each other, to use common sense, to be pragmatic to arrange life together. If everyone is autonomous we have to deal with each other – this means that my freedom is not absolute. But there is a more specific fact that tells us that autonomy is relative. We have a body, we can become sick, and we die. Our autonomy is threaten by this heteronomy of sickness and death. Heteronomy settles in our own body. I’m not the master of my life. And this is an interesting point of view. Heteronomy is entering our life every minute. Not only  through the existence of other autonomous individuals, but especially because we have a body. “Every dictator will die” – that thought gives me very much comfort.

Now back to atheism: what is atheism? It is the denial of the existence of God or the transcendental reality of a god in this universe. I image they can say: “We don’t need as human beings a god to live our lives, we don’t need a god to live like human beings in a humanistic way – so that we don’t behave as monsters…”” Alright. It is possible. God can be a human “construct”. But why do we construct this “constructs”? What is the benefit of it? And we do we this as long as mankind lives? Is it a desire, a longing in confrontation with death? Do we bodily need it? All our stories, biblical and others, tell a human story. God got human qualities. Moses Maimonides, a Jewish philosopher in the middle ages (1135-1204)described this already. He speaks of homonyms which we use as human beings to describe God and his actions. We have no other language so we have to do with it, but this doesn’t mean that we now know who and what God is. This is also the meaning of the command not to make a picture or statue of God, or to describe him in a human way. God retreats behind his given law. Nobody can see him, nobody get in close contact with him, also in biblical stories. All his actions and words in the mouth of the prophets are mediated by human language. Hear with your ears, that’s the first command, not seeing with your eyes. Believe goes through the ears. There is nothing to prove before our eyes! If you ask for God, I will tell you a story. Nothing less, nothing more. See (hear), what will happen.

Do we need a god, a god who gives us his law, do we need this heteronomy because we fail in our autonomy to be the inventors of a significant life? Maybe yes, maybe no. Do we fail? And if we fail, is God than not a kind of, in German they called it: “Luckenbusser”, someone who filled the gaps? We can see it different: God as part of a transcendental reality cannot be proven in an empirical way. Also there are no philosophical arguments that prove his existence. The word “existence” is wrong, because it refers to human beings and there self understanding. Has God existence, does God exist? Not in a human way, that’s for sure. But how in another way? We don’t know. For all the God-seekers I would say, stop seeking. Let yourself find. Empty yourself – make yourself free from the ambition to have contact with God. Do it the other way: put nothing between yourself and God – no expectations, no proves, no arguments. Maybe God will enter into your life as a kind of heteronomy, as the sound of a story from abroad, as a tale, as a song, as some kind of trust, as faith, as a poem. What I like at the biblical stories is the fact that the law, the Torah, is given by God and that his will is that we fulfill this law – nothing less, nothing more. We have to become holy like He is, that means, that we have to invest in our lives, in our relations with each other, as human beings, that we have put time apart, (that is the meaning of holy: putting apart), time we can use to make a better world of this world, time to study this law because it is not simple. To all the atheist I would like to say: do it in your way, I do it in my way – there is no opposite position – we are creatures living in one world (with or without a God) – we are all dying some time – so make the best of it. 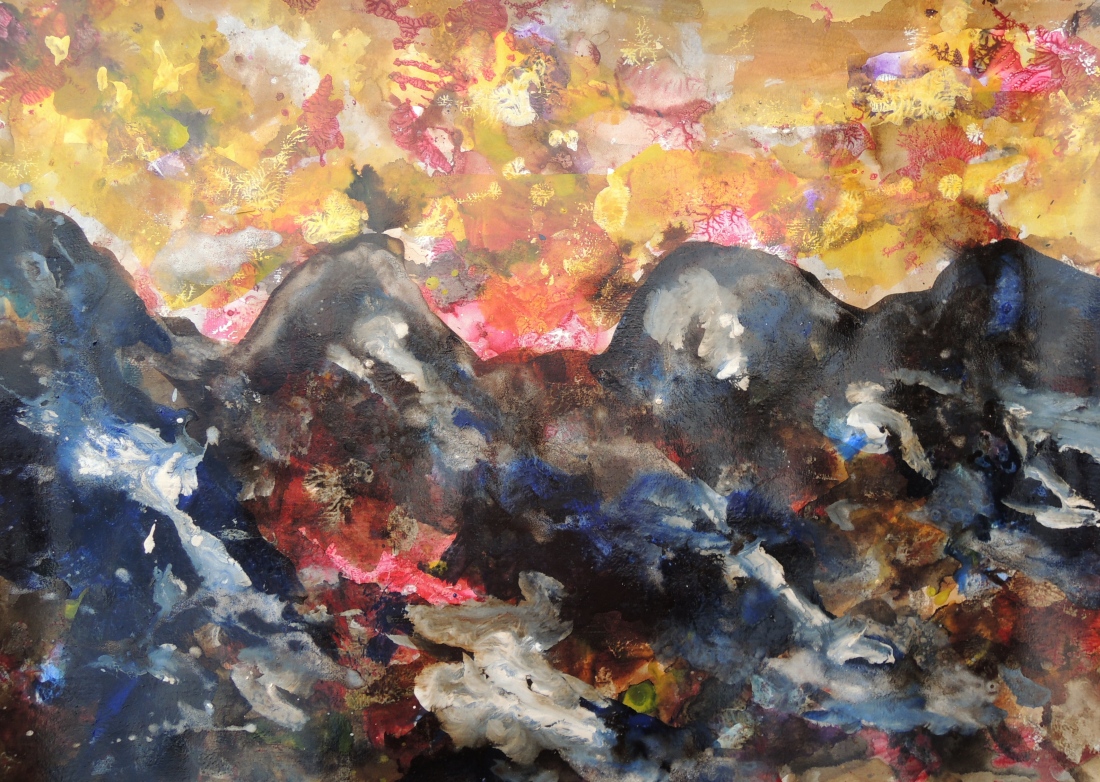